How To Use Your Blood Glucose Meter

1. Hold the adjustable depth cap of the lancing device in one hand while holding the base in the other hand. 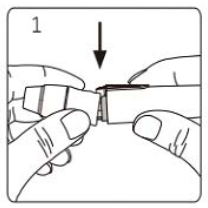 2. Slightly force downward to separate the two parts and pull them in opposite directions to remove the depth cap. 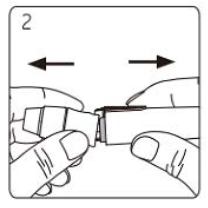 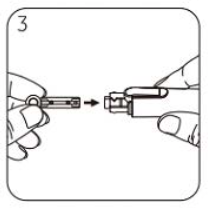 4. Twist off and set aside the protective cover of the disposable lancet. Keep the round piece since it will be used later on. 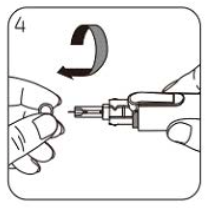 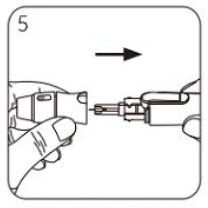 6. Choose a depth of penetration by rotating the top portion of the depth adjustable cap until your desired setting is visible in the window. 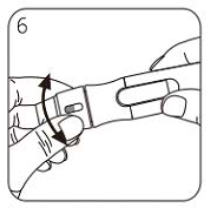 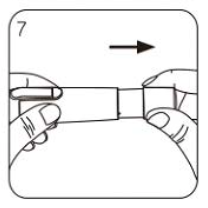 1. Hold the Blood Glucose Test Strip between your thumb and middle finger with the view window facing you (dark side of the sample port facing you).

2. Put your forefinger on the side of the strip as shown. 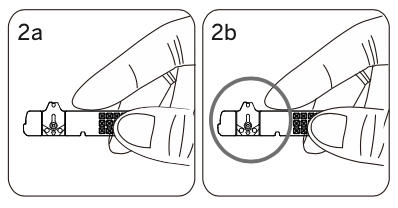 3. Insert the iGlucose Blood Glucose Test Strip into test strip port straight downwards with the strip view window facing you until it clicks and firmly stops. If not on yet, your meter will automatically turn on once the strip is inserted and the message “Strip Inserted” will be displayed. 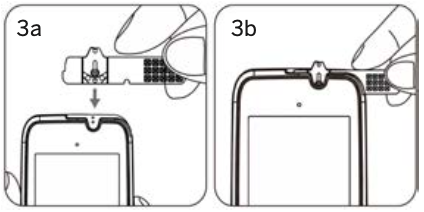 4. The meter now goes through an internal check that takes 3 seconds. Wait until a blood drop icon and “Apply a drop of blood” message appear on the display window. Once the message appears, apply the blood sample within 120 seconds (2 minutes). 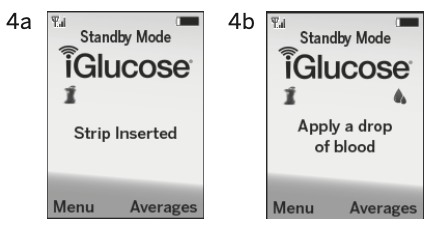 1. Place the lancing device against your fingertip and press the release button.

3. The meter will now count down from 5 to 0 and will display your blood glucose result. A “No Service” message may appear which does not impact the meter’s function. It only means that the cellular service is disconnected. The glucose result will still be displayed and will still get recorded in the meter’s memory.

1.  Pull off the depth adjustable cap.

2. Locate the protective lancet cover which you set aside earlier and place it on a flat surface.

4. Hold the release button of the lancing device in one hand and pull on the plunger with the other hand to safely eject the used disposable lancet. 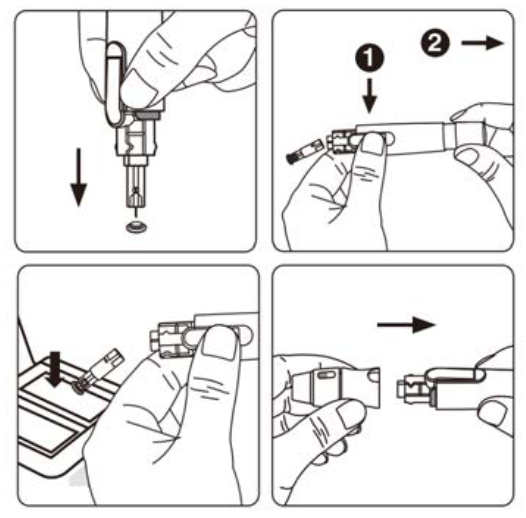 5. Discard the used disposable lancet into a “Sharps” container. Clean and disinfect the lancing device

6. Replace the depth adjustable cap after finishing the test. 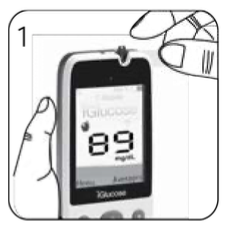 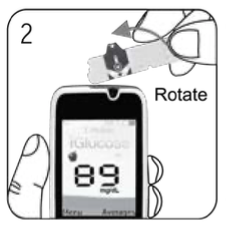 3. Take the iGlucose Blood Glucose Test Strip out of the test strip port. 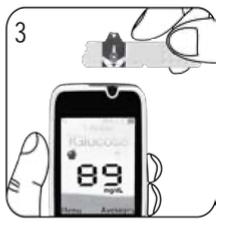